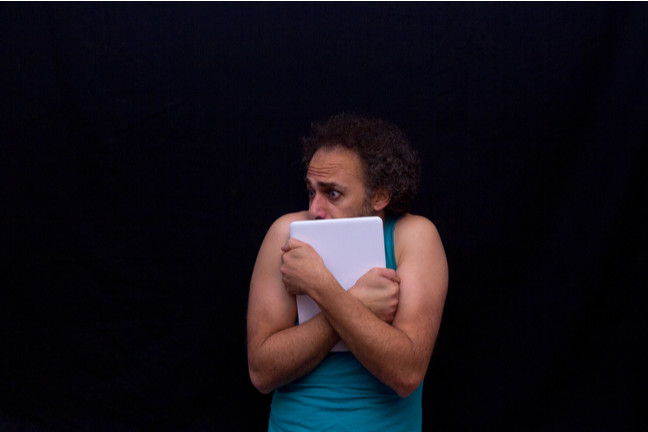 Roundup It may be 2004 within the bowels of Redmond, but the eyes of Windows 7 users are nervously fixed on 2020 as the end of support nears.

Freebie year for some on old-hat OS

Like a tot excitedly fumbling with the second window of their advent calendar, Microsoft flung open the doors to customers hoping to keep security updates flowing for Windows 7 for just a little longer.

For this particular option, only SMBs running Windows 7 Professional or Enterprise need apply, and the goodies can only be purchased through the Cloud Solution Provider (CSP) programme. Enterprises have their own avenue to life-extending patches, and there’s also always Windows Virtual Desktop.

The company has helpfully published a guide to assist CSPs with picking up those extension licences on behalf of customers in 12-month increments. The price for those increments will go up each year because Microsoft really, really wants users on Windows 10 and, heck, PC makers are enjoying that shot in the arm from the hardware upgrade cycle associated with the OS.

Of course, things are a little different if you have deep enough pockets to be an E5 customer with active Windows 10 licences. An updated FAQ, highlighted by Tero Alhonen, reminded customers that they could have an extra year of Windows 7 security updates free of charge.

However, it is not quite all E5 subs; just Windows E5, Microsoft 365 E5 (and Security) and Windows VDA E5. Academic SKUs don’t get the goodness and it is not available through CSPs. And home users? Tough luck.

And why only one freebie year?

“We believe that most customers who have to purchase Windows 7 ESU will require only Year 1 coverage as they continue to deploy Windows 10.”

The end is indeed nigh.

While an SDK for the 19028 preview build of Windows 10 was emitted last week, it was the tease of development kits for the upcoming Windows 10X that piqued devs not weary from the company’s constant shifting of coding goalposts.

Since then, it has been hard to avoid the sight of Microsoft execs whipping out the prototypes during keynotes and presentations and dodging the inevitable “but the camera?” question from onlookers.

The latest tease was light on detail but did emphasise that the new Neo would still be able to run Win32 apps as well as those targeting the not-dead-yet UWP platform.

The Duo runs Android, and Microsoft stated that current apps and websites would continue to run on a single screen.

To encourage devs to embrace Redmond’s dual-screen dream, the company will be flinging out APIs to access device-specific features (including what the Windows giant calls “key postures and layouts”) as well as attempting to crowbar in the necessary tweaks to web standards in order to allow “cross platform dual-screen capabilities”.

Though we couldn’t make it work for the in-preview Chromium-based Edge, Google’s Chrome showed the requisite plus symbol in the address bar. A swift click and yet another Microsoft email client was installed.

Initially a step up from the woeful in-box Windows 10 Mail app and an alternative to those who’d prefer to steer clear of the bloated Office 365 incarnation, the PWA version is actually rather limited. There appears to be no offline support and the whole thing feels more like a website without browser fluff than a native app.

As a pointer to where Microsoft may be heading with other apps, it’s an interesting development, but in its current guise, we’d have to file it under “curio” for the time being.

Available as a preview feature of the v3 APIs, the service extracts the audio signal from a live contribution feed, extracts it and then lets Azure do its stuff. Assuming, of course, it’s English you want and you’re running in the West US 2 region.

Also incoming for Azure fans last week, having been announced at Ignite, was reserved capacity for Azure Database for MySQL and MongoDB 3.6 support in the Azure Cosmos DB API.

The former is aimed at customers who have a handle on what they need as opposed to the pay-as-you-go model, which can result in invoice shock, while the latter is aimed squarely as those who might otherwise be lured by the delights of MongoDB Atlas. New accounts will be targeted at version 3.6 as default (although existing accounts will remain on 3.2 or 3.4, depending on configuration).

The current version of MongoDB is 4.2.

No shining knight in Scarlett for Microsoft’s idiot goggles

Finally, Microsoft’s Windows Mixed Reality (WMR) platform took a hit last week as a major player in the entertainment space confirmed that VR was not likely to be a focus for its gaming plans.

That major player? Microsoft. In the form of Xbox supremo Phil Spencer.

He later backtracked a little, but reiterated that for the next generation Xbox, at least, “it’s just not our focus”.

Fair feedback. I’ve said publically, I love how our industry has pioneered: AI, physics, 3D, RT, VR/AR etc. For us, it’s about focus on our innovations right now. I’ve played some great VR games, I got to play HL:Alyx in the summer, amazing. It’s just not our focus with Scarlett

It’s bad news for fans of the company’s tech who have had to watch as Microsoft has concentrated on corporate uses for its HoloLens 2 while the full VR headsets have suffered at the hands of Oculus and Vive. Over the past few months, WMR has dropped from 11 per cent in the Steam hardware survey down to 5 per cent in a manner that will have Windows Phone users nodding in recognition.

It seems quite clear that the Xbox will not be riding to the rescue any time soon. ®